A new distillery just opened up in the northernmost section of Mainland Scotland.
It is called Wolfburn Distillery.

Wolfburn distillery was founded just to the west of the town of Thurso, Caithness,[1] in 1821[2] by William Smith.[3] The distillery was of considerable size for its day and ran as a successful commercial enterprise for several decades, being handed down through several generations of the Smith family.[4] It is thought to have ceased production during the 1850s, although the exact date is a matter of debate. The distillery appears on the first Ordnance Survey map of the area, dated 1872, marked as a ruin. The reasons for its demise are unclear – very little remains of the original distillery and there are no known photographs. However, records of its annual production volumes of whisky can be found in tax returns, which show it producing 28,056 “Total Gallons of Proof Spirit” during 1826[5] (roughly 125,000 litres) – making it the biggest distillery in Caithness at the time.
Revival

In 2012 a private consortium gained approval from the Caithness planning authorities to build a new Wolfburn distillery in Henderson Park, Thurso.[6][7][8] The new distillery is situated approximately 350 m from the site of the old one and draws its water from the Wolf Burn (stream), whence it gets its name. The reinvented Wolfburn site consists of four buildings: the distillery itself and three warehouses for the laying down of casks. Local fabricators Forsyths were contracted to install the distillery plant and equipment. Wolfburn is the most northerly whisky distillery on the Scottish mainland and produces single malt Scotch whisky. Production commenced in early 2013.[9]

In February 2016 the new Wolfburn distillery commenced bottling operations, in a purpose-built on-site bottling facility. The inaugural whisky was launched globally in March 2016 and has gone on to win three gold medal awards in consecutive international competitions. [1

Here is the expression

Becoming Scotland’s northernmost mainland whisky producing distillery when it released its first single malt in March 2016, Wolfburn is built just 350m away from the ruins of the 19th century distillery from which it takes its name. With long fermentation, slow manual distillation and maturation taking place at least partly in quarter casks that previously held peated whisky from Islay, this is a release we’ve eagerly anticipated!
Tasting Note by The Chaps at Master of Malt

Finish: Long and fresh, with even more rich honey notes

Overall: A deliciously complex single malt from one of Scotland’s newer distilleries – they are hitting it out of the park!

This looks interesting perhaps, if you like, you can get one..

” I like my Whisky Straight, my coffee black, my chocolate dark, and my men wild.” Brooke Hampton 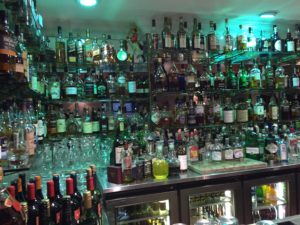