I really loes indies. Signatory, Alexander Murray, Gordon and Macphail, Compass Box, you name it.
They always put out collectables and really guid whisky!. I have a 19 year old Mortlach bottled by Signatory which is the bomb.

I have stumbled on this new expression bottled by Gordon and MacPhail.

Un-chillfiltered Glen Keith single malt, aged in a pair of hogshead casks for 19 years. This was distilled in May 1997 and bottled in May 2017 (just a few weeks before its 20th birthday) by Signatory for the Un-Chillfiltered Collection.

Finish: Maple syrup and a hint of savoury barley.

If this expression was cask strength, (it isn’t), it would be considered pure whisky by aficionados. It still sounds great.

“We borrowed golf from Scotland as we borrowed whisky. Not because it is Scottish, but because it is good.” – Horace Hutchinson, English amateur golfer who played in the late 19th century and early 20th century..

Thoughts on whiskey: “Too much of anything is bad, but too much good whiskey is barely enough. 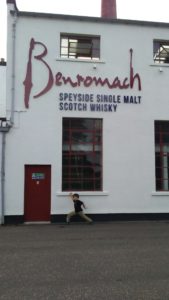