Aye, you learn something new every day lads and lasses.

Here is a guid auld expression from BenRiach. I have owned three. We visited the distillery and we had a good time doing it..

Located in the ‘Heart of Speyside’, in the North-East region of Morayshire, BenRiach displays all the traditional charm of a Speyside distillery. Built by John Duff in 1898, BenRiach draws its water from the Burnside springs located underground, deep below the distillery.

Description
Benriach have a proud history of producing peated Speyside malt and using interesting barrels to finish their whiskies; with this release they have combined both. This 22 year old single malt was originally mature in American oak barrels before being finished in dark rum casks. The name ‘Dunder’ comes from the left over residue in rum production after it is distilled which is often used as a source of yeast.

I loes exotic maturations. Rum Chardonay, Port, Sherry, Italian and Tuscan wines, bring them all on…

It all adds up to possible collectability. Plus you have the added bonus of great whisky!

“Too much of anything is bad, but too much good whiskey is barely enough.” Mark Twain 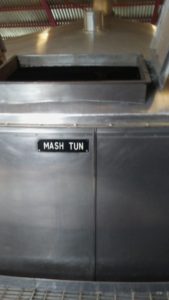