One of my readers asked me to write some more about Abelour. So Here tis:

Aberlour is a distillery of Speyside single malt Scotch whisky, in Aberlour, Strathspey, Scotland, at the confluence of the rivers Lour and Spey near Ben Rinnes. I was in Elgin very near there.Didn’t visit though. Sad.

James Fleming, son of a local tenant farmer built Aberlour Distillery in 1879 after having worked at Dailuiane, Carron for ten years. Producing whisky from 1880 onwards until his death at the age of 65 in 1895, Fleming is buried opposite the distillery in the village cemetery. Robert Thorne & Sons bought the distillery and ran it until 1921. In 1921, Robert Thorne & Sons Ltd. sold the distillery to W. H. Holt & Sons, a brewery near Manchester. In 1945 S. Campbell & Sons Ltd. bought the distillery.[10] In 1975 Pernod Ricard acquired Campbell Distilleries, and they joined with Chivas Brothers in 2001 forming a portfolio of 14 single malt distilleries and 1 grain distillery in Scotland, and 2 gin distilleries in England. In 2002, a new, modernized visitor centre was opened.[11]

So here is an expression that I am looking forward to acquiring:

Description
The oldest in the delightful Aberlour core range, this is a fitting finale. Lots of Oloroso sherry character, lots of choccy-coated raisin flavours, and lots of after dinner drinking pleasure to be had.

This rich, spicy 18 year old from Aberlour was only released for general consumption in 2008, prior to this it had only been produced for the French market.

Official Tasting Notes
Nose: Rich and complex, with notes of toffee and butterscotch combining with ripe peach and bitter orange.
Palate: Superbly structured, with initial notes of soft apricot and cream, offset by developing flavours of old leather and oak, with a touch of honey. The finish is very long and well balanced, progressing from Crème Brulè to a gentle oak flourish.

Palate: Fresh juicy apples and oranges before sherry kicks in with supple sultanas and vanilla.

May the hinges of friendship ne’er rust nor the wings of love lose a feather!

Slàinte mhòr agus a h-uile beannach.duibh.
Great health and every good blessing to you. 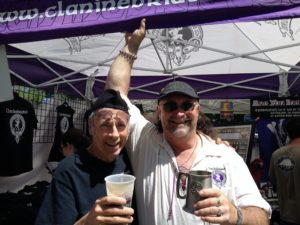