Time was the British drank sherry by the boatload . Sherry barrels cannot be reused to mature sherry. So lots of them were laying about in England.

The Scots, thrifty as always, told the English to give them to us and used them to mature their Scotch Whisky.

Nowadays, far more bourbon is consumed and bourbon barrels cannot be used twice. The used barrels are cheap and plentiful and are used by all distilleries to mature Scotch..

Glenmorangie owns a forest in Tennessee, a cooperage to make barrels, which they rent to Bourbon Distillers and the spent barrels are sent back to Glenmorangie to make Scotch. Simple No?

Anyway, your humble Scotch Spirit Master loves sherried whisky’s so it would please me no end if more people drank sherry. Thus lowering the price of sherry barrels used for maturation of Scotch Whisky.

Hopefully it will make more distilleries to use Sherry barrels in the maturation process….

Here is a deal from the Whisky Exchange.

Valdespino is a historic sherry producer. Inocente is produced using grapes grown in one single vineyard, Macharnudo, this full-bodied fino is a great match for fish dishes.

“So many guid Whiskies! So little time and money!” Scotch Spirit Master

A h-uile la sona dhuibh‘s gun la idir dona dhuibh!
May all your days be happy ones!

When I get moved patriotically for Alba I toast this to you all.
Scot’s Wha Hae!

Here is the poem.
From Rabbie Burns our National Bard.

Scots Wha HAe means Scots Who have in Scots English.

Wha will be a traitor knave?
Wha can fill a coward’s grave!
Wha sae base as be a slave?
Let him turn and flee!

Wha for Scotland’s king and law
Freedom’s sword will strongly draw,
Freeman stand, or freeman fa’,
Let him follow me!

By oppression’s woes and pains!
By your sons in servile chains!
We will drain our dearest veins,
But they shall be free!

Lay the proud usurpers low!
Tyrants fall in every foe!
Liberty’s in every blow!—
Let us do or die!

Here’s tae us? Whas like us? Gey few and they’re a deid. Mairs the pity! 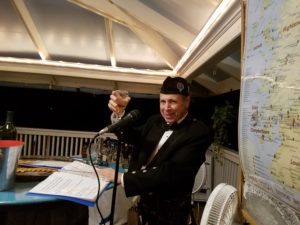 MO Mac agus Mi attended the 2016 Edinburgh Military Tatoo. A tatoo in the UK is a parade.

It was great! You should go this year if you can. It takes place in August…

Here’s tae us! Whas like us? Gey few and they’re a deid! Mairs the Pity 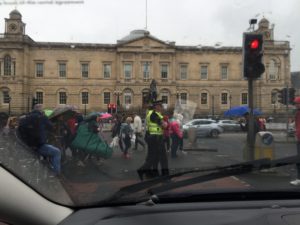 May the best ye hae ivver seen be the warst ye’ll ivver see.
May the moose ne’er leave yer girnal wi a tear-drap in its ee.
May ye aye keep hail an hertie till ye’r auld eneuch tae dee.
May ye aye juist be sae happie as A wish ye aye tae be.

In English
May the best you have ever seen be the worst you will ever see.
May the mouse never leave your pantry wlth a teardrop in its eye
May you always stay whole and hearty until you are old enough to die..
May you still be as happy as I always wish you to be..¬¬¬

May the winds o adversity ne’er blow open your door!

Slàinte mhòr agus a h-uile beannach duibh.
Great health and every good blessing to you. 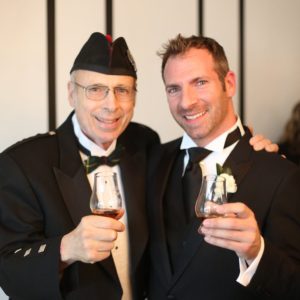 I paired Greek lamb, and beef plus some lobster bisque. It really went well as sherried whiskies usually do, The finish was nice and long and the palate

A Flora and Fauna official release from the Dailuaine distillery, a 16 year old single malt which has been sherry matured for thick fruitcake notes with winter spice, a great digestive.

This really went well with the lamb, beef and lobster bisque. Highly recommend it..

Slàinte mhòr agus a h-uile beannachd duibh.
Great health and every good blessing to you. 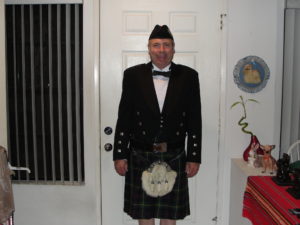 When I was in Scotland driving on the M9 Highway we saw the Scottish Kelpies. I had no clue of the significance and thought they were impressive. Here is an explanation of what a Kelpie is.

The Kelpie
by Ben Johnson

Falkirk in Scotland is home to The Kelpies, the largest equine sculpture in the world. Unveiled in April 2014, these 30-metre high horse-head sculptures are situated in Helix Park near the M9 and are a monument to Scotland’s horse-powered industrial heritage.

But what are ‘kelpies’?

A kelpie is a shape-changing aquatic spirit of Scottish legend. Its name may derive from the Scottish Gaelic words ‘cailpeach’ or ‘colpach’, meaning heifer or colt. Kelpies are said to haunt rivers and streams, usually in the shape of a horse.

But beware…these are malevolent spirits! The kelpie may appear as a tame pony beside a river. It is particularly attractive to children – but they should take care, for once on its back, its sticky magical hide will not allow them to dismount! Once trapped in this way, the kelpie will drag the child into the river and then eat him.

These water horses can also appear in human form. They may materialize as a beautiful young woman, hoping to lure young men to their death. Or they might take on the form of a hairy human lurking by the river, ready to jump out at unsuspecting travellers and crush them to death in a vice-like grip.

But there is some good news: a kelpie has a weak spot – its bridle. Anyone who can get hold of a kelpie’s bridle will have command over it and any other kelpie. A captive kelpie is said to have the strength of at least 10 horses and the stamina of many more, and is highly prized. It is rumoured that the MacGregor clan have a kelpies bridle, passed down through the generations and said to have come from an ancestor who took it from a kelpie near Loch Slochd.

The kelpie is even mentioned in Robert Burns’ poem, ‘Address to the Deil’:

So now you know what a Kelpie is. You will see them on the M9 if you visit Scotland..

Auchentoshan has a new designer whisky which I will share with you.

Description
The Bartender’s Malt is a collaborative effort between Auchentoshan and a dozen renowned, innovative bartenders from across the globe. These 12, together selected a range of casks from Auchentoshan’s warehouses, varying between American oak, European oak, Sherry casks, Red Wine barriques, and spanning maturation ages across five decades. The result is a deep and complex malt, combining mixed fruits, chocolate, tobacco and spices. This is the first of what will be an annual release of unique bottlings.

This sounds interesting and will be a collectable. You can get it on line form the UK.

Ainsley Brae is a bottler that takes casks from distillers and bottles them. Like Gordon and MacPhail, Signatory and Alexander Murray and Company. Here in Sin City you can buy their Sherry Finish Highland expression at one of our fine retailers.

Highlands, Scotland – A great highland expression aged in ex bourbon barrels then finsihed in sherry casks for 6-8 months giving this whisky a rich body with spice and vanilla notes that give way to fruit and wood notes at the back. Silver Medal SF Spirits Competition

Steeped in history and folklore, the Highland region of Scotland is at the very heart of malt whisky distillation. This whisky has been carefully selected and represents all the very best qualities of the region.

Today I paired this whisky with BBQ Chicken and baked beans… As usual the finish and palate was enhanced by the BBQ. Sherried whisky always goes well with spicy foods, oriental and occidental..

Great health and every good blessing to you. 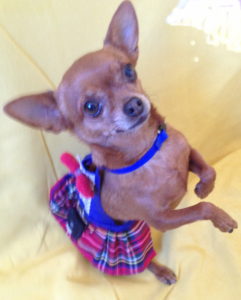 Like I have briefly mentioned before, everyone is getting in on the act. Here is a whskey, using malted Scottish Barley and double Distilled in Goa India, For God’s sake!

Now the only reason I am mentioning this is because of the Scottish Barley, Alba Gu Brath Scotland Forever!!

You can buy it if you want. I however, as a single malt Scotch snob, will stick to the Scotch. More for me.

Being a Scot I won’t turn down a free dram of this. Free is free! No whisky is bad if it is free. Unless it is corrupted with motor oil or some such.

Here is the whiskey!
>
Paul John

Description
Double distilled in copper pot stills in Goa, before being matured in bourbon casks. Their angel’s share is around 8%, giving lots of cask interaction. This is a great introductory dram for anyone you wants to poke a tentative toe into the world of smoky whisky, while also befuddling them by telling them its Indian whisky made with Scottish peat.

If this was Champagne the French would say Dans la méthode Champagnoise. They would call this En fait la méthode écossaise. It is distilled and matured just like Scotch. Since it is in made in India it is not Scotch..
.
Freedom and whisky gang the gither-Tak aff your dram!

OF all our gifts, or great or small,True friendship is the best of all! 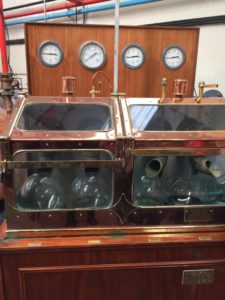